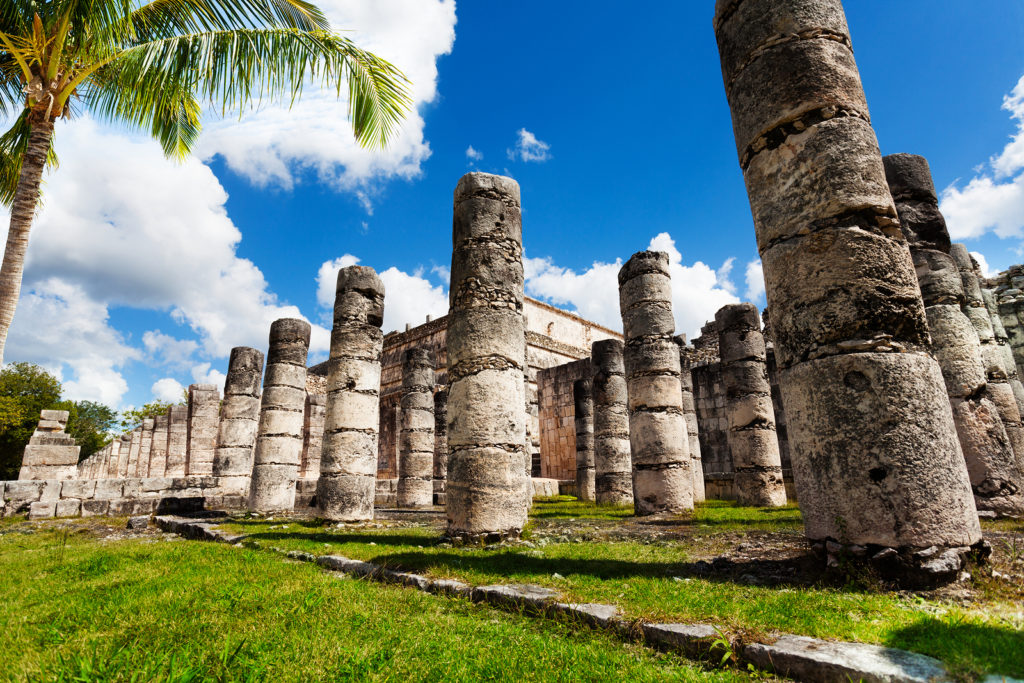 The Temple of the Warriors in Chichen Itza, also known as the temple of the thousand columns or the thousand warriors is considered one of the architectural gems of Latin America erected by the Mayan culture. In this surprising rests an army of sculptures representing armed men.

ORIGIN
There is a debate about the years of beginning and end of its construction but the most accepted states that it was started approximately in the year 1000 BC. and end towards 320 AD.

LOCATION
It is very close to the Kukulkan castle and it was built on the ancient temple of Chac Mool, the god of water and rain.

DESCRIPTION
It is one of the main attractions in Chichen Itza and one of the most important of the pre-Hispanic civilizations. The monumental buildings of the Great Esplanade of the temple of the warriors are presided over by 1000 columns, a set of pilasters that supported a vault that today does not exist. Each one of it was engraved with images of priests and warriors. Its external walls are decorated like Mayan motifs. 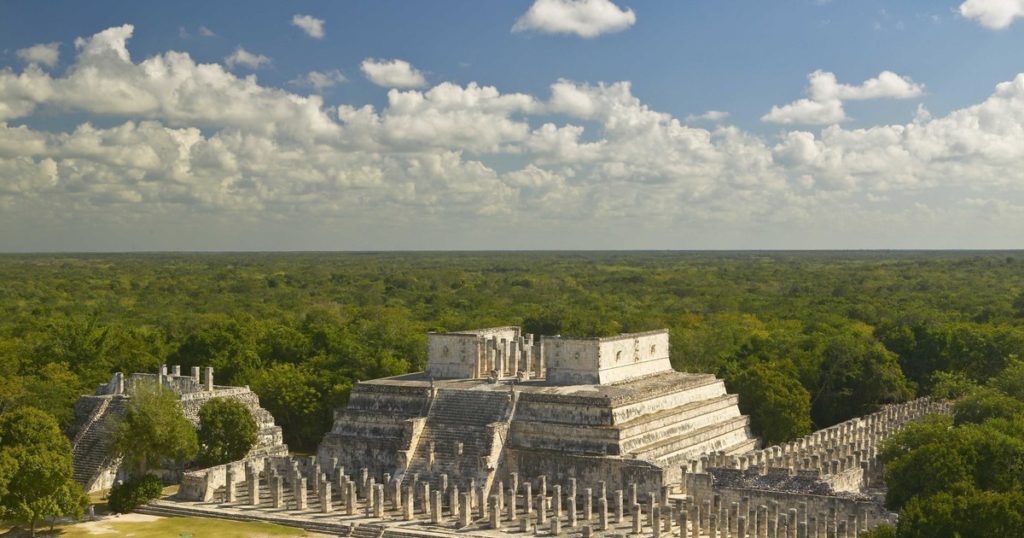 HISTORY
The temple of the warriors became one of the most important political centers of the lowlands of the Mayab. By the beginning of the Postclassic period (from 900 to 1527), the city had become the main center of power in the Yucatan peninsula. According to the available evidence, it is possible that many of the main buildings of the city were burned down towards the end of the 13th century. Therefore the decline of Chichen Itza occurred in a context of violence, which led to the loss of hegemony in the Mayab.

Warriors, priests and merchants constituted the ruling elite at Chichen Itza. They introduced the cult to the god Kukulkan, the equivalent to the Quetzalcoatl (plumed serpent) of the center of Mexico. They built buildings with slopes and vertical walls and representations of the bird-serpent god. Militarism was the undoubted foundation of this culture. This is evident in the monument called Platform of the Skulls where the skulls of hundreds of enemies were exhibited, nailed to stakes.

The Temple of the Warriors, The Observatory, The Sacred Cenote, The Ball Game, are only part of the greatness of this civilization and ancient Mayan metropolis. The monumental buildings of the Grand Esplanade are presided over by the Kukulkan pyramid, one of the tallest and most remarkable buildings of Mayan architecture. It is a four-sided pyramid that culminates in a rectangular temple.

We hope you enjoyed reading this post so next time you make a Chichen Itza Tour, you’ll see the archeological site with different eyes.