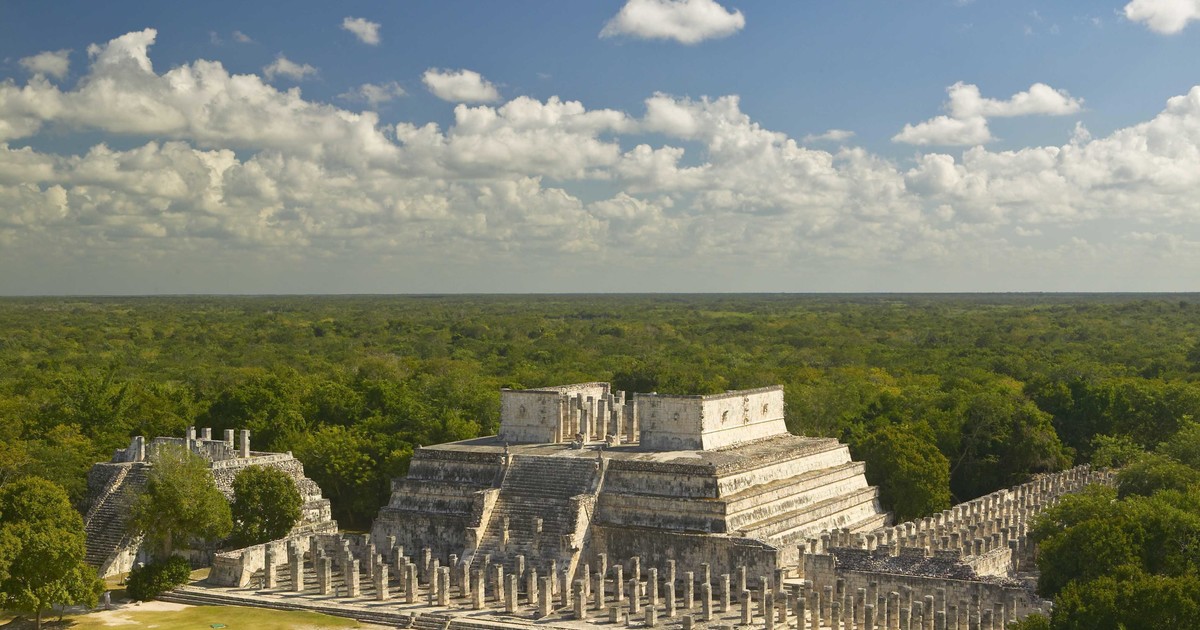 Buildings made out of stone

Approximately 25 miles (120 kilometers) south-east of the city of Merida are the ruins of Chichen Itza, the most famous of the Maya archaeological site in the state of Yucatan. The Maya developed the only writing system of all the civilizations of America prior to the conquest. It is believed that Chichen Itza was an important pilgrimage place for the Mayas. All the buildings at Chichen Itza are made out of stone. The Temple of Kukulcan (Pyramid of Kulkulcan) is another interesting structure in Chichen Itza, with its bottom and top of the stairways adorned with several large serpent heads. Visitors are not allowed to climb the stairs of the Kukulcan Temple anymore in order to better preserve the monument. 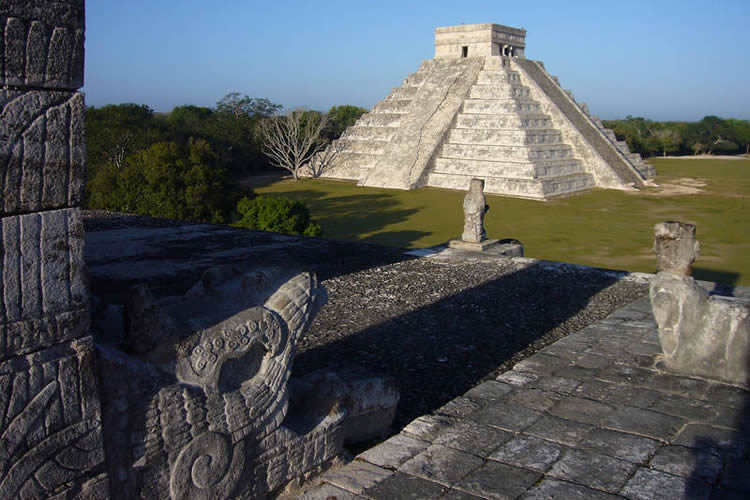 Chichen Itza has beautiful buildings that still keep dozens of secrets about the knowledge that the ancient Maya possessed. Every building has a purpose, even the position and size they have, probably also have a purpose. This is the case of the Temple of Kukulcan, perfectly marking the equinoxes and summer solstice. Platform of Venus is another example of this, as the planet of the same name was, along with the Sun and the Moon, one of the most important planets to define ceremonies that ruled the lifestyle of the Maya. El Caracol or Observatory, allowed to carry a perfect score of the cycles of the moon, among other purposes, showed favorable dates for planting and harvesting, as well as the equinoxes and solstice.

The genius and adaptability of Mayan culture can be seen in the splendid ruins of Chichen Itza. This powerful city, a trading center for cloth, slaves, honey and salt, flourished from approximately 800 to 1200, and acted as the political and economic hub of the Mayan civilization. Uncover the truth about the prophecy of December 21, 2012. The ancient Maya made stunning predictions more than 2,000 years ago. 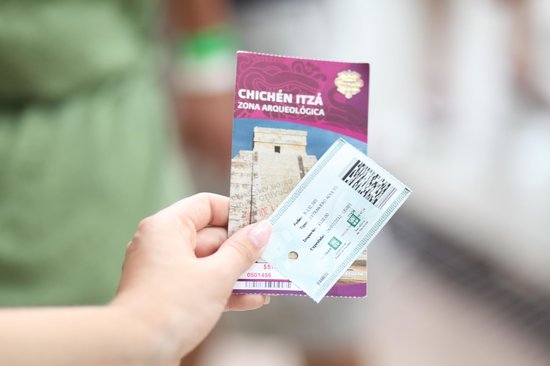 The total amount to pay is $242 Pesos for foreign visitors and $145 Pesos for Mexican visitors (must present valid Mexican ID) but it is totally worth it. Prices are per person, children under the age of 13 years are free. There is an extra charge of $45.00 Pesos for using video cameras at the site. SENIORS with valid INAPAM card are free every day. MEXICAN NATIONALS are free on Sunday. (Note: although government information does not indicate this, we have received information from a tour guide who is at the site every day that foreigners with a valid FM2 or FM3 visa also get the Sunday free entry.). Head-phones for translations are available for an extra fee. Parking Fee for Vehicles: 30 Pesos (Fee is for the entire duration of your visit, not per hour.) 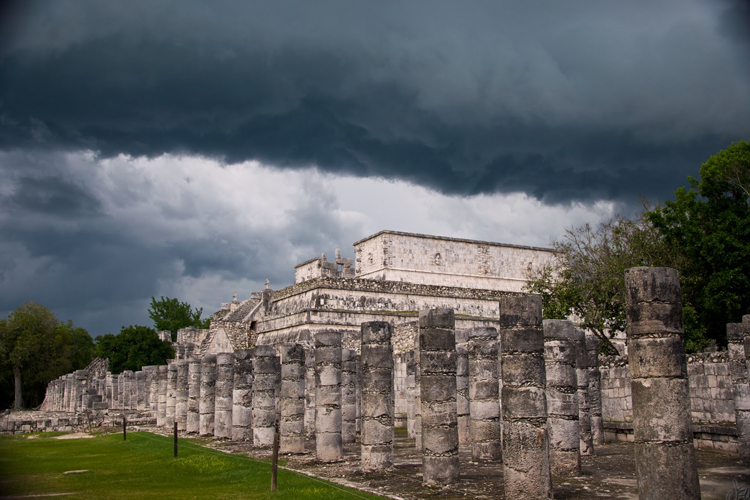 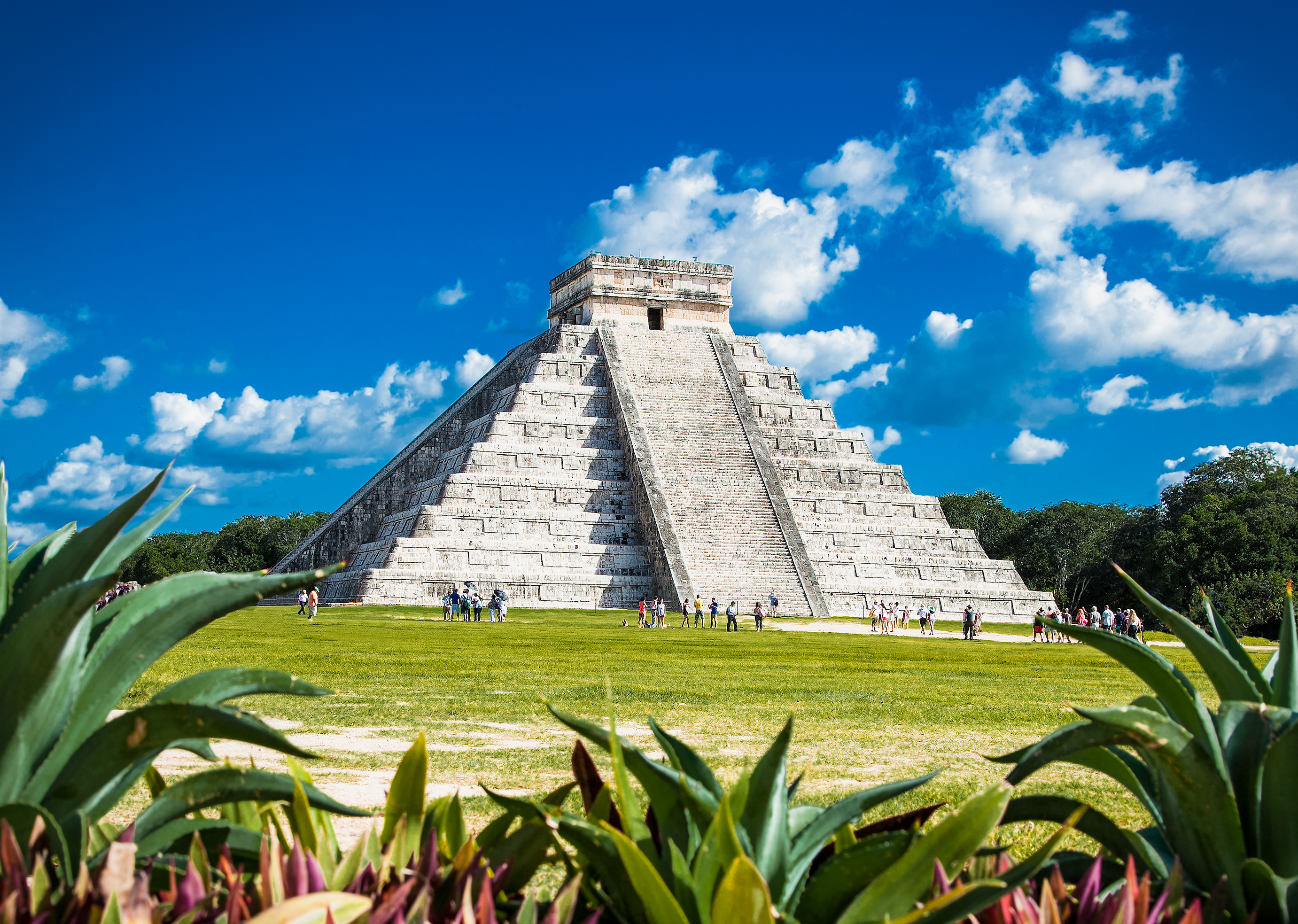 Cancun and the entire Yucatan Peninsula are home of one of the world's most sunny climates but we occasionally have strong winds and rain during the months of September, October and November. Nevertheless don't worry about that, it's nearly guaranteed that you will see the sun every day of your stay. The average annual temperature of Cancun and the Riviera Maya is 25.5 degrees Celsius (78 degrees Fahrenheit), with fluctuations of 5 to 7 degrees. But frequently daytime highs range into the eighties and overnight lows will see the high fifties and low sixties. In July, August and September, visitors can enjoy spectacular views of the sky, which can change from overcast to clear in minutes. From November to April, there are usually blue skies and a cool northern wind. The climate changes are minimal in this area, so visitors should always pack clothes for swimming and warm weather. A light jacket or sweater is advisable for the evenings of November, December and January. Yucatan's inland areas tend to be ten to fifteen degrees warmer than the coast, which is perfect in winter, but furnace like in the spring (up to 110 degrees!). Put on your sunglasses and get ready to enjoy one of the brightest blue skies in the world.