We all know the powerful Mayan knowledge about astronomy, stars, and planets. They believe in goods and stars, thanks to this Mayans created a magnificent empire. In this post, we’ll talk about Venus, the Mayan treasure.

After the Sun and the Moon, Venus became the most relevant astronomical object for ancient cultures.

This fascination was not due to a fortuitous event but to its leading role in the celestial vault. The brightness that characterizes it at nightfall and shortly before dawn, when it becomes the most visible star in the sky for a few hours.

The second planet with respect to the Sun was as admired as feared by ancient cultures, which interpreted its transit through the night sky as a new rebirth that was confirmed day after day or, as a dire omen that warned of drought and destruction.

For the ancient Mayans, Venus was of importance at the same level as the Moon and the Sun. The conditions of the Yucatan Peninsula and part of Central America facilitated astronomical observation. But also among the seven stars known at the time, it was Venus that inspired greater curiosity in this civilization. 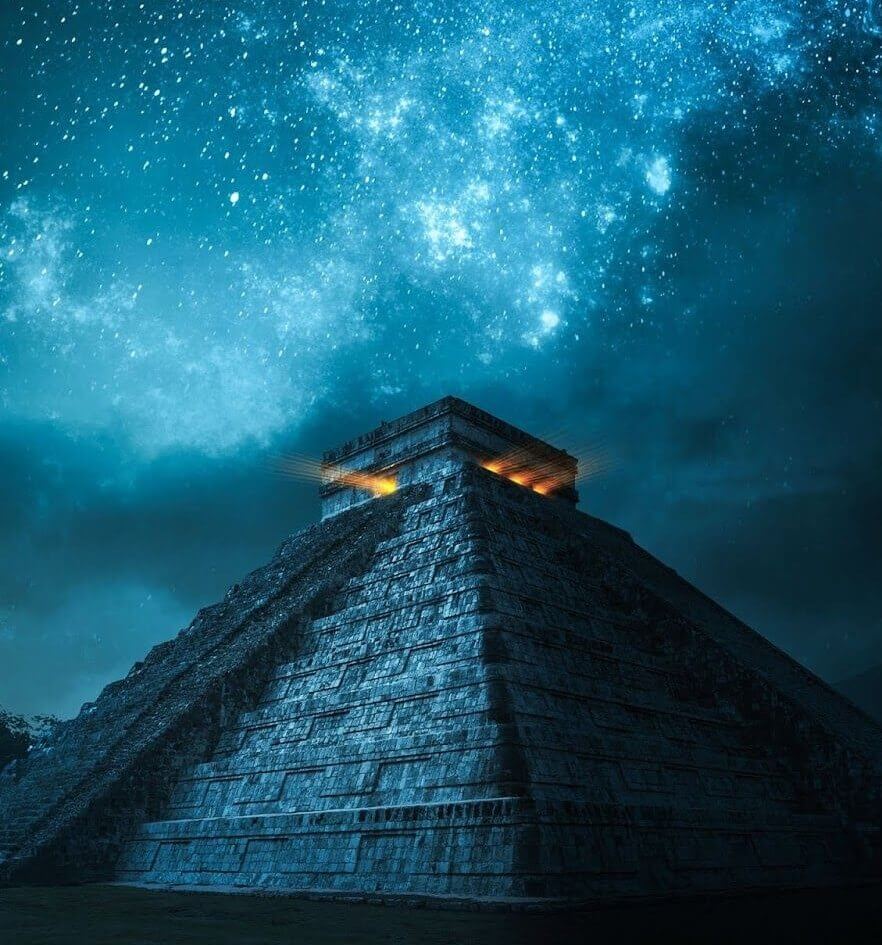 The guide of the Mayans

The Mayans called him Ahzab Kab Ek. This means the star that awakens the Earth – and Noh Ek – the great star. Linking his appearance and disappearance in the sky with Kukulkán. This good was one of the creative deities of humanity according to the Popol Vuh, represented like a feathered serpent.

This link led them to build pyramids, observatories, and stelae in honor of the planet. The Temple of Venus in Chichén Itzá and other constructions are one of them. These buildings are good examples from which they methodically observed their movements, recording their transit in the night vault with an unusual precision for the time.

The Mayans also associated Venus with fertility and the character of Kukulkan as a thunder-god. Every spring, the culture that was established in southeastern Mexico confirmed the renewal of the life cycle through an astronomical event:

The meeting of Venus and the Pleiades (a star cluster located in the constellation Taurus) heralded the arrival of the Chicchan, a group of snake spirits who, by waving their bells, brought rain and inaugurated the agricultural station.

In this way, Venus-ruled the Mayan spiritual and material life. The civilization that settled in southeastern Mexico and performed advanced mathematical calculations found answers to what was happening in the world from the systematic observation of the inner planet, the first to be explored by a space probe in 1962.

Thanks for reading “Venus, the Mayan treasure”