As you know here in Mexico we have the ‘Dia de Muertos’ holiday to honor and remember our beloved ones that have departed before us. In the Yucatan peninsula the land of the mayans, this same celebration is called ‘Hanal Pixan’ which in mayan language means ‘Food of souls‘.
In this celebration traditional food is offered to the dead whose commemoration takes place in towns and cities of Mayan origin or influence, from October 31st to November 2nd. 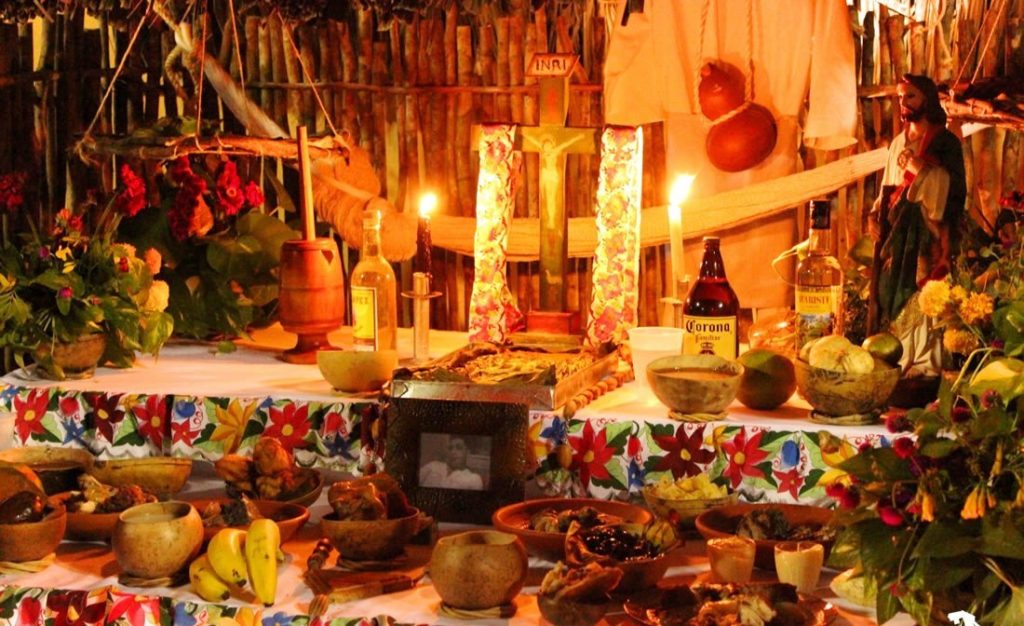 The prehispanic Mayans did not have a fixed or established date to celebrate or commemorate their dead because the tradition was to bury them inside their homes, in caves, in cenotes or in exclusive buildings if they were special characters and that’s where they were given daily some type of offering.

The celebration of October 31st and November 1st and 2nd is a religious imposition that began with the Spanish evangelizers. From the fusion between the prehispanic Mayan traditions and the Spanish customs came what we now know as the Hanal Pixan.

The Hanal Pixan tradition includes several rites, but the main one is to put a table that functions as an altar, lit with wax candles, under the trees of the patio and near the graves of relatives, where the typical food of the season is placed. All that adorned with flowers and photographs of the deceased.

If you are lucky to visit Mexico and make the Chichen Itza tour during those dates, you’ll get to see altars in the small towns near Chichen Itza. We hope you appreciate and respect this ancient mayan tradition.