Every wonder of the world has its own peculiar thing, that makes people want to visit the place. Usually, we travel for that reason because we see something that we can’t find in nowhere else. Machu Picchu with its incredible views, The great wall of China with all those battle traces, and Chichen Itza a Mayan empire with all the cultural richness by itself.

Chichen Itza was founded about the sixth century, presumably by the Mayan people of the Yucatán Peninsula. However, there is evidence of a 10th century invasion by foreigners, probably also Mayan speakers but with a strong influence of the Tolteca of central Mexico. Keep reading to know what to expect about Chichen Itza Equinox 2020.

The equinoxes happen in March and September. These are the days when the Sun is exactly above the Equator, which makes day and night of equal length. That is basically an equinox and represents the beginning of the new season.

Twice a year, during the spring and fall, a spectacle in Chichen Itza makes it most important days in this archaeological site. You must not miss the equinox. 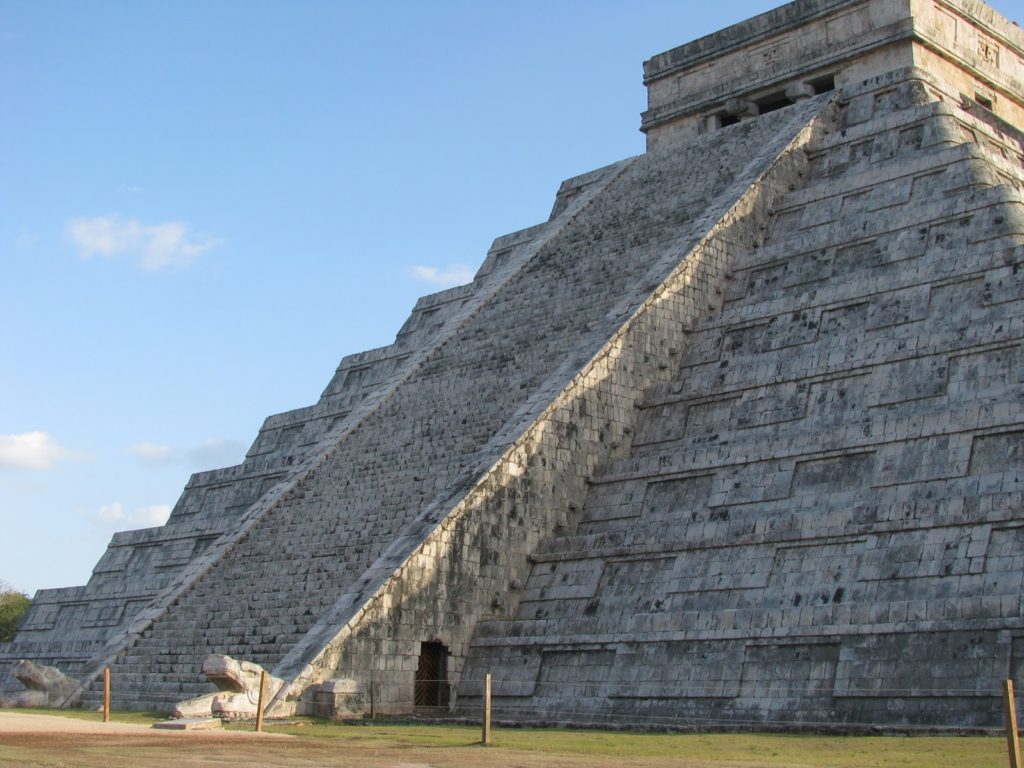 When the sunlight bathes the Kukulcán Pyramid in the Mayan city of Chichén-Itzá during the equinox sunset. It casts seven triangles of light and shadow that creep downwards along its northeast stairway. This way you can appreciate a diamond pattern representing a snake’s body. The effect is enhanced by the huge snakeheads carved at the bottom of the stairs. It is incredible how this phenomenon can happen just twice a year.

Ancient cultures have tracked the equinoxes in different ways over the millennia. From constructed monuments, like pyramids, to stone engravings that acted as calendars, to churches that incorporated the sun into their architecture, civilizations marked the passing of the sun and the seasons with great accuracy.

Why do equinoxes happen?

Our planet normally orbits the sun on an axis that’s tilted 23.5 degrees, meaning that the hemispheres trade off getting more warmth from the sun. Two times a year, Earth’s orbit and its axial tilt combine so that the sun sits right above Earth’s Equator, casting the dividing line between the light and dark parts of the planet through the North and South Poles.

A 3D computer model of Chichen Itza pyramid showing four stages of the light-and-shadow effect during the equinoctial season. Drawings by Ambar Hernández

Chichen Itza Equinox 2020, how you can live this experience?

If you are planning to visit Chichen Itza on equinox day we recommend you to go early because many tourists want to see the same spectacle as you. To take advantage of your visit, you can take a Chichen Itza tour to live the full experience, with cenotes, a magic town, and good Yucatan food.

Yucatan Peninsula and Quintana Roo are always warming. Sometimes in winter get a bit fresh but usually, the real hot climate start in spring. That is why you must be prepared with your sun hat, sunscreen and a big bottle of water. In this way, your Chichen Itza experience will be better. Chichen Itza Equinox 2020 will be just awesome.

Do not miss visiting Chichen Itza Mayan ruins and enjoy the beginning of spring!